Pedal Power 2 PLUS is the most dependable and widely used guitar effects power supply in the industry, delivering legendary performance to a wide variety of devices from sensitive vintage battery-powered stomp boxes to modern DSP effects. The 2 PLUS is equipped with eight galvanically isolated 9V outputs, including six outputs switchable to 12V, two 250mA outs for more power-hungry effects, and two outputs featuring a SAG function that simulates the output of a low battery. 18V and 24V operation is also available by combining outputs with available special cabling. A handy onboard 200-watt courtesy outlet is included for powering an additional device such as an AC-powered effect, wireless system, or another power supply. Pedal Power 2 PLUS is ideal for small to medium pedalboards or as a supplemental power supply in a larger rig.

ELEMENTS OF A GREAT POWER SUPPLY

Isolation
Ground loops cause hum and the solution is to break the unwanted ground path. Isolation is the best way to do it. Unlike many power supplies, Pedal Power isolates every output. This eliminates tone-robbing interaction between other effects. Pedal Power powers everything from vintage overdrives to modern digital marvels in a way other power supplies simply can’t.

Proprietary Balanced Transformer
Typical transformers, like those used in a wall wart, create large magnetic fields that cause hum in any audio path near it. Pedal Power uses custom-designed, ultra-low noise toroidal transformers with separate balanced windings for every output allowing even the most sensitive pedals to be dead quiet.

9/12V (x4) – Standard 9V and 12V Boss ACA
With each one of these four outputs delivering 100mA, you can easily power any 9V battery-operated pedals. Boss pedals that specify the PSA adapter operate at 9V like most other pedals. Boss pedals that require the ACA adapter operate at 12V which can be selected via switches underneath the Pedal Power 2 PLUS. Any one of these outputs can be individually selected to run at 9V or 12V.

9V (x2) – High Current 9V and Line 6 Modelers
These two outputs each deliver 250mA allowing you to run high current draw effects like the Boss DD-20 Giga Delay or Line 6 DL4 Delay Modeler. Via switches underneath the Pedal Power 2 PLUS, these two outputs can be separately configured for regulated (Boss Twin Pedals) or unregulated (Line 6 Modelers) power allowing you to run both units if so desired. These outputs can also power any standard 9V effects as well.

9V (x2) – Standard 9V With Battery Sag Control
These outputs each have an available 100mA of power, but also allow you to SAG the voltage from roughly 4V to 9V. This feature can be enabled via the bottom panel switches. The SAG control is mostly useful for transistor-based fuzz, octavia, and distortion circuits, as most modern opamp designs are minimally affected by variations in supply voltage. We recommend turning SAG off if you’re going to run digital pedals like delay, chorus, and reverb.

18V/24V – Using Custom Cables
All of the outputs on the Pedal Power 2 PLUS (and the original Pedal Power) are completely isolated allowing you to create different voltages. You can run effects like the current MXR Flanger by combining two 9V outputs to create a single 18V supply. By switching two outputs into 12V ACA mode, you can join them together to create a 24V output for powering numerous Electro-Harmonix stompboxes including the Deluxe Memory Man.

Your cart is currently empty. 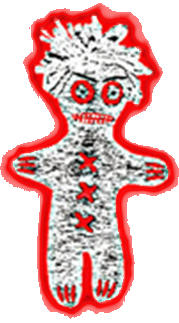